If you haven’t already secured your tickets for Riot Fest 2017…what are you waiting for? When the festival was announced earlier this year…fans immediately began buzzing over this year’s bill. In April came the second-wave announcement, and to this already unbelievable list of artists, latest news confirms the return of DANZIG to be performing on Saturday’s line-up. 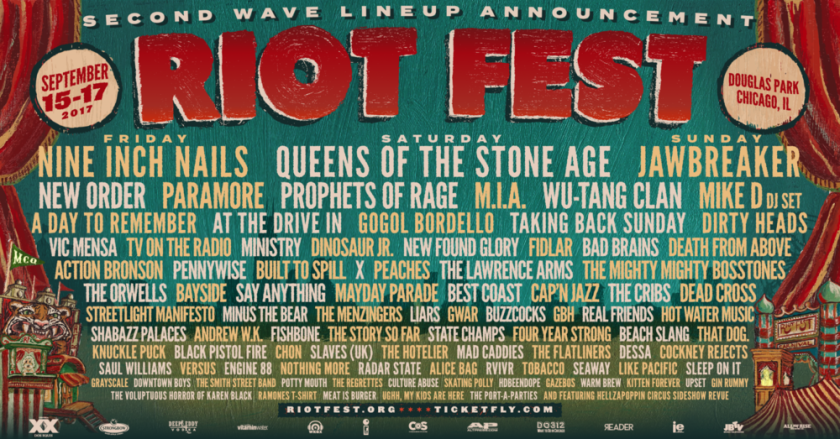 The festival takes place mid-September, just over a month away… but event organizers are still working to make this years Riot Festival the event of 2017! It doesn’t get much better than a festival where you can enjoy legendary acts including Queens of the Stone Age, Wu-Tang Clan, Nine Inch Nails and Jawbreaker… pop/punk/emo favorites in Paramore, A Day To Remember, State Champs, Real Friends, Taking Back Sunday and so many more.

What sets Riot Fest apart from the several other music-festivals happening this summer? In addition to the unbeatable line-up of artists, there will also be a full-scale Carnival including all your favorite carnival games, the Hellzapoppin’ Sideshow Revue freak show and all the best food imaginable. Did we mention…food?

This year, Riot Fest is also introducing… THE RIOT FEAST! Teaming up with the pop-up diner, Saved By The Max, you won’t want to miss out on this limited-time restaurant/bar in Chicago where the menu will be inspired by none other than Riot Fest itself! This carnival themed restaurant is serving up the food you dream about underneath their carnival decor. Rumor has it, some of the menu items include things like: TAKING BACK SUNDAES, a tribute to M.I.A. with BUCKY DONE DAIQUIRIS, PARAMOREOS, NEVER MIND THE CHICKEN, HERE’S THE FUNNEL CAKES and an ‘opener’ (their play on appetizers) called HAVE MERCY! CORNBREAD which is served up with a pat of John Stamos butter… what else could you ever ask for? The Riot Feast eatery is now open for business – but only for a short time! For more information and reservation opportunities visit their Facebook or check out their page on Riot Fest’s website here: http://riotfest.org/the-riot-feast/ 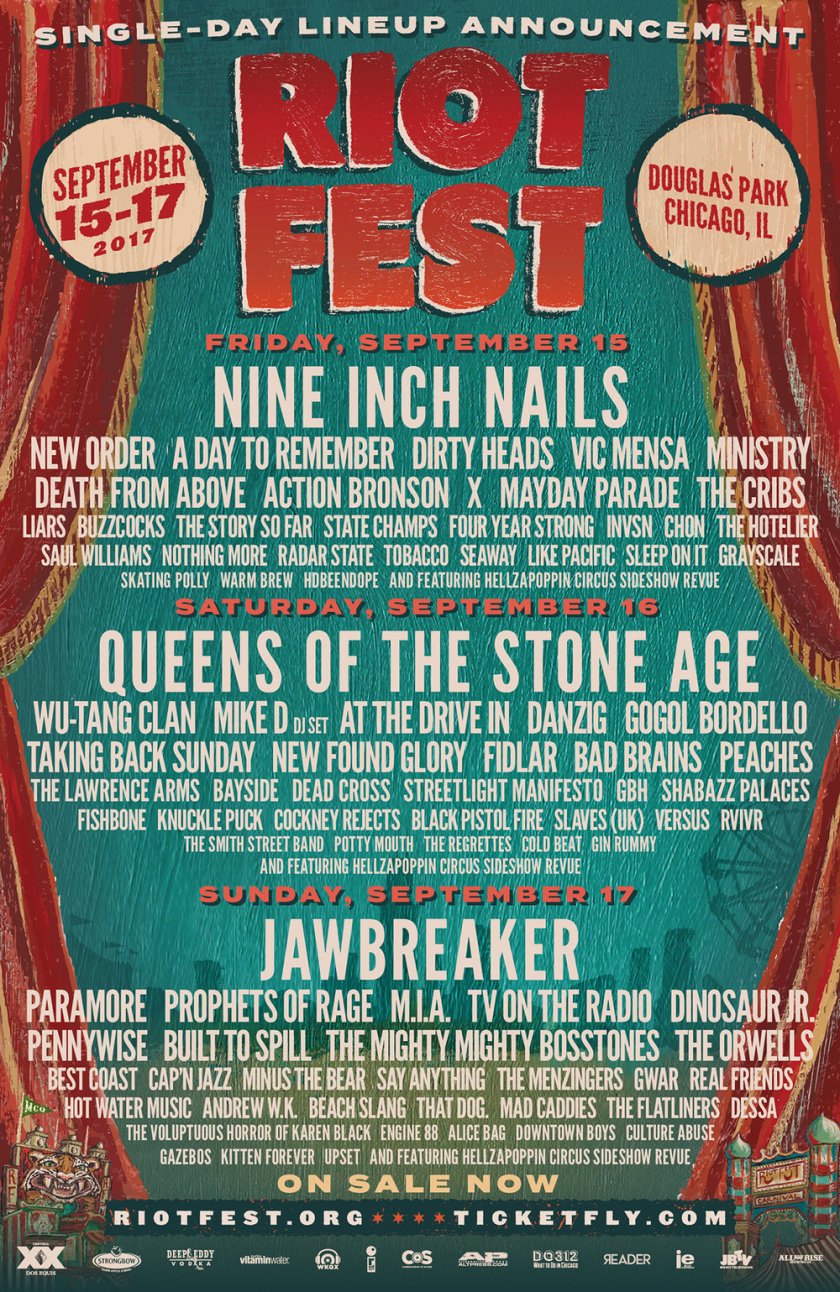 TICKETS ARE ON SALE NOW

This is a text widget. The Text Widget allows you to add text or HTML to your sidebar. You can use a text widget to display text, links, images, HTML, or a combination of these. Edit them in the Widget section of the Customizer.